Grave Witch by Kalayna Price was outstanding.  Not sure how much clearer than that I can get.  (Did you notice?  It's not YA!!  Yup, moving up in the world.)


Grave witch Alex Craft can speak to the dead, but that doesn’t mean she likes what they have to say . . .
As a private investigator and consultant for the police, Alex Craft has seen a lot of dark magic. But even though she’s on good terms with Death himself—who happens to look fantastic in a pair of jeans—nothing has prepared her for her latest case. Alex is investigating a high profile murder when she’s attacked by the ‘shade’ she’s raising, which should be impossible. To top off her day, someone makes a serious attempt on her life, but Death saves her. Guess he likes having her around . . .
To solve this case Alex will have to team up with tough homicide detective Falin Andrews. Falin seems to be hiding something—though it’s certainly not his dislike of Alex—but Alex knows she needs his help to navigate the tangled webs of mortal and paranormal politics, and to track down a killer wielding a magic so malevolent, it may cost Alex her life . . . and her soul.

First Sentence: "The first time I encountered Death, I hurled my mother's medical chart at him.  As far as first impressions went, I blew it, but I was five at the time, so he eventually forgave me."  I know, I know, I broke my rules again.  Gave you two sentences.  The first one alone is hilarious.  Immediately you know what her temper is like, that Death is not just an idea, but a man, and her mother was sick/dying at some point.  The second sentence puts the time frame in perspective, and you hear more of her voice. 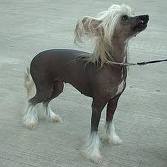 Brownie Points:  Skipping the Beefs this week, because I really don't feel like making one up.  I loved how Price took a pretty ordinary world with witches and faeries and whatnot, and made it a little more interesting.  Alex is a Grave Witch, which means she can raise shades (or memories of the deceased) and talk to them, which is very helpful in the courtroom, or for people challenging a will.  She can also switch to her "grave sight" which means she sees the world of the dead.  And it leaves her partially blind after using it.  If you didn't know already, weaknesses make main characters interesting (much like Superman and Kryptonite).  Oh, by the way, Alex has a Chinese Crested.  I never know that adding an ugly dog to a novel makes it funnier, or the main character more likable. 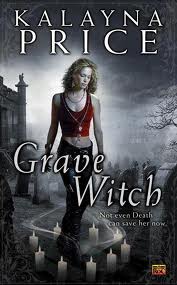 Ending: Oh, it was good.  We know how she left things (in the spiritual realm and in the romantic one), but it left room for enough ambiguity to lead us on wanting more.

Recommendation: If you like Paranormal Romances, this one should be on your list, especially if you like slightly more Paranormal than Romance, but with good Romance and good Paranormal, neither too thin nor too thick.  (Not sure that made sense, but it sounded good in my head.  AKA, read it.)

Would I represent it?  Great humor. Great story line. Twisted enough from the usual "I'm a witch, hunky man wants me, world in chaos, people want me dead" story line.  YES! I would represent it.  I'm looking for Paranormal Romances all the time, but it has to be unique, with good voice, good plot, and good pacing.

Happy Reading!
Posted by Vickie Motter at 9:10 AM

This sounds interesting and fun! And I'm glad you let us know there's more paranormal than romance because sometimes (not mentioning any names)an author lets too much romance/sex get in the way of the story which just ends up making it boring imo. Thank you :)

Oh man, this does sound good. I have a growing TBR pile, and I have been mainly sticking to YA (except for my detour into Sarah Maclean's adult titles after reading her YA The Season) but I think I might have to check this one out. Hunky death? That is an idea I can get behind :-) Thanks for the spotlight

I loved this book! It was one of my favorite adult reads of 2010. I loved the world building and the unique twist on the paranormal theme. Great review!

Oh the dog! Whenever my writing buddies get together and talk about adding a "rooting interest," in a story we always chime together..."throw in a dog."

I think I've heard of this because it's on my TBR pile after seeing it mentioned on the RWA newsletter. Is it sexy? I'm trying to reading beyond my usual YA genre, and I love sexy romantic suspenses.

Sounds like fun! I'm going to have to go hunt down a copy.

On a side note...I'd say leaving YA behind may be moving out, but it isn't moving up. Just sayin'. :)