I've already mentioned how John Green is the bomb right? Here's a picture in case you need visual representation. 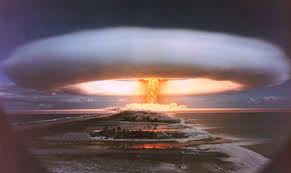 This is what, the fourth book of his I've read? I didn't want to put it down. He has it all. Unique plots. Voice. Exceptional and exceptionally odd and geeky characters. I can't decide which is my favorite, Paper Towns, or Looking for Alaska. Of course, topping them all, my all time John Green favorite is Will Grayson, Will Grayson, co-written with David Levithan. (And don't forget to check out John Green's vlogs and whatever else he has coming up.)


Quentin Jacobsen has spent a lifetime loving the magnificently adventurous Margo Roth Spiegelman from afar. So when she cracks open a window and climbs back into his life–dressed like a ninja and summoning him for an ingenious campaign of revenge–he follows.

After their all-nighter ends and a new day breaks, Q arrives at school to discover that Margo, always an enigma, has now become a mystery. But Q soon learns that there are clues–and they’re for him. Urged down a disconnected path, the closer he gets, the less Q sees of the girl he thought he knew.

First Line: "The way I figure it, everyone gets a miracle." This is from the prologue which, by the way, is a great example of a really good prologue. And the first line from the first chapter, quiet but telling: "The longest day of my life began tardily."

Brownie Points: Q's interactions with his equally nerdy friends. They often have conversations making fun of each other that just go on and on and on and I'm laughing at every single line.

Recommendation: Everyone who likes YA should be required to read at least one, if not all, of John Green's books.

Would I represent it? The idea of representing someone like John Green... there are no words. I might throw a party for myself... that would never, ever end.

Happy reading!
Posted by Vickie Motter at 7:51 AM

This is absolutely my favorite John Green book. I love the underlying questions about identity, but also Q's nerdiness and his friends shenanigans being part of the bigger story about the way we see others, particularly at such a huge turning point (setting the whole thing against the backdrop of graduation was absolute genius, I think)

This book made me sit up and pay attention to the YA market. I read some of the biggies like Twilight and Hunger Games, but Paper Towns tapped into something so real, without a single supernatural being. I have yet to write up an amazon review because I don't feel like I can sum up how much I love this book. The supporting characters are some of the most well-rounded I've read in awhile - YA or adult fiction.

I finished An Abundance of Katherine's recently and have Waiting for Alaska in the queue. His video blogs are really great too, if you haven't checked those out, do a youtube search!

So that would be Looking for Alaska, I just realized!

I bought this for myself for Christmas and loved it!! (but my cover is a picture of Margo and very cute!)
erica

Love the deconstruction of the Manic Pixie Dream Girl. John Green's worlds are so well defined, simply through his use of voice. Such a great writer!

I've never read (or heard of!) John Green. This probably makes me a social outcast in some circles...

Really wonderful review! I also have never heard of this book, but I do like that opening line. I love very real, contmep YA books. I have a feeling about this one. . . **goes to add to TBR list**. Thanks for the rec.


I say many thanks to Mr. admin website I read this, because in this website I know a lot of information information that I did not know before his
Obat Benjolan Tumor Di Ketiak
Obat Tradisional Tumor Lidah
Cara Menghilangkan Infeksi Rongga Mulut