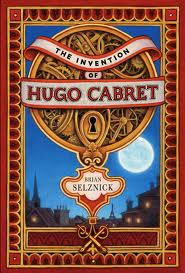 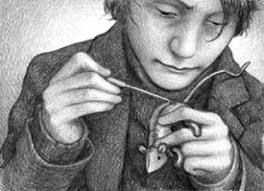 The story, for once, wasn't what made me love this book. It made me want to get out my drawing pencils again.

I had to read this for a class a few years ago - gorgeous book! I'm curious to see the movie - looks like it comes out next month, but I haven't seen any hype for it.

Okay, this one sounds like a really, really cool book!

What awesome illustrations. Thank you for sharing.

I've picked it up several times, and it looks lovely. I need to find the time to sit and absorb!

When you say you would or wouldn't represent it, you rarely say why, as in this case. If you love the book and would have represented it previously, but not now, that begs the question. Why? So, why? That is how we writers learn about how agents work.

There's an awesome movie coming out based on this book - simply called "Hugo." It's totally steampunkish, very cool. Google the name to find the trailer for fun.

I say many thanks to Mr. admin website I read this, because in this website I know a lot of information information that I did not know before his
Pengobatan Penyakit Kulit Herbal
Obat Infeksi Kulit
Cara Menghilangkan Flek Paru Paru