Plot's all well, but probably the biggest reason I reject manuscripts is for the voice.  And I'm not just talking first person past tense (or third person limited past tense--it seems that the majority of recent novels are written in one of the two).  I'm talking getting in the character's head.  We are them for 200-400 pages.  Their thoughts become our thoughts.  We witness events through their eyes.  Their first kiss is our first kiss.

So, what does this entail?  You have probably all heard "show don't tell," well that comes into play with the voice.  Want to listen to a monotone robot reading you the news?  No?  Didn't think so.  It's quick and efficient and doesn't waste your time, but then you can't make fun of the newscaster's new haircut.  We want to be shown the news, through emotions and pictures and overly contrived one liners.

See what I did there?  I made fun of newscasters, because that's part of my humor.  I could have told you "Show don't tell" but I felt that the situation warranted an example, and you never would have known my opinion of newscasters.  Does that matter in the overall scheme of things?  Probably not.  But I'm more likable now, right? 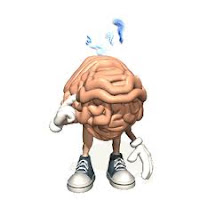 Using first or third person limited allows the narrator to get inside the main character's head and reveal the inner workings: emotions, logic, thoughts.  Thoughts, actions, and reactions are all different.  Your character can witness the death of her cat, can react by running in and grabbing her automatic rifle to kill the coyote, but what is she actually thinking?  What are her emotions?  We can assume she was out for revenge, but was she thinking "I'm out for revenge, where's my rifle?"  Or was she thinking, "Thank God I started keeping my rifle cleaned, loaded, and by the backdoor to ward off my creepy stalker ex-boyfriend otherwise I never would have been quick enough to avenge my cat.  That dog's pelt is mine, may he forever adorn my mantelpiece."  Wordy?  Perhaps, but I think you get the picture.  (This also goes hand in hand with "The Beat.")

Most of my favorite books won me over by the voice.  Yes they had great plot and development and everything else vital to a good read, but the voice managed to keep me engaged and invested.  If someone rewrote Moby Dick with an updated 21st century voice, I might actually succeed in reading it all the way through.

Invested...  That's what it's all about, right?  Get us invested in your character.  Make us care whether or not she gets the boy or survives the flood or solves the missing computer mouse mystery.  And get us invested early.  Unlike plot, voice isn't really something that unveils as the novel progresses.  Page one, line one, I want voice.

Happy writing!
Posted by Vickie Motter at 7:16 AM

Email ThisBlogThis!Share to TwitterShare to FacebookShare to Pinterest
Labels: voice, writing tips, YA

Vickie, you make me blush!

What are your thoughts on first-person present tense? I've heard many agents and publishers stray away from it.

First person present tense has to be done well. Really, really well. Hunger Games does it perfectly (didn't realize what it was until book 3). A Great and Terrible Beauty achieves it with some grace, but you are aware of it throughout. I think HG did so well because it had a lot of action. But, until you are 110% sure you can do it perfectly, stick with past tense.

First off let me just say I really enjoy reading your blog. Since I'm an aspiring writer, I find your posts both helpful and amusing. However, I was wondering if you've ever read any of Cassandra Clare's books? She is my favorite author based on voice and her characters, scnery, and plot seems so real. Just a suggestion in case you haven't read it yet.