I've been getting a lot of questions about what to and what not to include in your author bios lately. I answered this question a couple months ago, but I think it's time to revisit it. 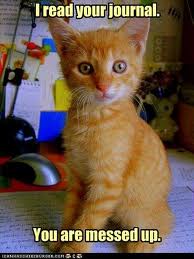 First, what NOT to include:
In my last post about bios, I said I didn't care and that I paid little attention to them. I've changed my tune slightly since then. I've been paying a little more attention to bios in query letters. If you're part of writing organizations, attend conferences, participate in an active critique group, if I'm on the fence about your query, you'll probably get a request instead of a rejection. But if your query is just plain bad or uninteresting or the wrong genre, no amount of credits are going to sway me.

What to include:
NOTE: I don't pay attention to MFAs or things like that (but they look pretty and I love sending those along to editors). And, just because you have a major in English Literature, doesn't mean squat (I'm an English major too, doesn't mean I can write a good novel). Some agents don't care for a lot of this list. Some will tell you to take it out. It's all subjective really. Sometimes I completely skip the bio if it doesn't seem all that interesting. I skim and look for words like "published in such and such magazine" or "attend such and such a class with Donald Maas." But, if you haven't been published, you don't personally know Stephanie Meyer, and your only followers on your blog are your mother and cats, make sure to pad it with relevant stuff (second group of bullet points, not the first one). And you don't necessarily have to include your bio in your query (most agents like it, I like having it there to refer back to if I need to while I'm reading the partials), but make sure your bio is the best it can be for when it's requested.

And yes, your bio will be different in your query than a full author bio, especially if you have a lot of credits. If you do have a lot of credits, give us the highlights, then go into detail in the full author bio. If you have few credits (try to fix that) then your query bio and full bio might look the same. Some people like adding cutsie stuff like you'd see on the back flap of a hard back--but that's really not necessary. I want the hard facts.

Update in response to question: It's not necessary to have an author bio. I like concentrating only on the query. But make sure to read an agent's preferences first, if they specify at all. Some say to include it, if they don't, then it's up to you. If you have something impressive that will get you requests, then include it, otherwise don't worry about it.

In the past I have completely skipped writing a bio on my query since I don't have anything significant to write. I thought the space would be better used to further describe my book.
Should I be writing something?

Nice helpful post here if I should ever get around to actually being a published author :)

I'm so glad you posted this. I made note of it for when I query you in a month or so ;)

This is excellent information, thank you so much! I never know what to put in that part and this will help a lot.

Just found your blog from Laura Pauling's. Nice to meet you, and great advice, thanks.
:)