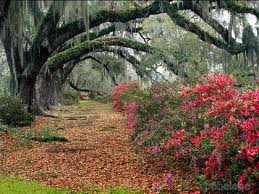 At the San Fransisco Conference, I listened to a great panel (Cara Black, Bharti Kirchner, Kemble Scott) talking about Setting as Character. I'd considered this before. In a few manuscripts I felt myself wanting more setting, especially if it was in a city that was interesting. In more manuscripts than I can count, there are faceless, nameless cities and towns that can be interchanged with countless other cities and towns. This isn't always a bad thing (but sometimes it is). In other manuscripts, it made me want to dive in even more, because the writer obviously knew what they were talking about.

Kemble's stories take place in a specific neighborhood in San Fransisco (which means he's also got a built in audience). There is no way he could take the story out of the neighborhood, it wouldn't be the same story at all.

Now, I'm not saying to rush out and make setting a character, so necessary that we learn so much about it we want to puke. But I am saying to reexamine your story. Is there any place that could be made a little more interesting by exploiting the setting? 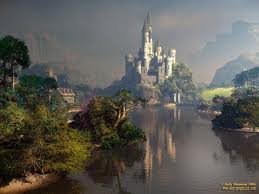 Dystopian novels are obvious: think Hunger Games. Setting was a HUGE part of that novel. The world, the district, the town, the house, the government, were key players in every scene. Make sure in your Dystopian (or SciFi or post-apocalyptic) novel that the setting is absolutely necessary (and developed, and flawless, etc).

But contemporary novels can work just the same way. I'm thinking of Will Grayson, Will Grayson. The towns that both Wills lived in didn't strike much of a cord with me, but the city they went to, did. There's a scene in which one Will is staring at his distorted reflection in the Bean. Does the artwork mean anything to me? Not really. But it got my imagination going and I started picturing the city as if I've never seen it before.

Thirteen Reasons Why is set in a nondescript town that could be anywhere in America. Thinking back, I can't even remember if we're even told what state it's in. But the town was vital to the plot, while the character is led from one landmark to another.

Historical novels are another great example. A Great and Terrible Beauty really captivated me because it is set at first in India, then England, and then in a fantasy land. Each, no matter how small, was beautifully crafted, small nuggets spread around for our pleasure. It never hit us over the head with historical facts, they just were; they sat there like o ya, that's the way it's supposed to be.

Now, my examples aren't solid examples of Setting as Character (check out the authors of the panel to see how to do it), but my examples do show how to sprinkle in a little flavor.

So whether you add a lot or just a little, make sure you add enough to get the reader interested, thinking, imagining. But don't go overboard and pepper us with lengthy descriptions (it's not the nineteenth century anymore, you'll bore your readers).

What are your favorite books based on the setting?

Happy writing!
Posted by Vickie Motter at 11:35 AM

Three settings immediately came to mind: Ursula K. Le Guin's Gethen (The Left Hand of Darkness), Jeff VanderMeer's Ambergris (City of Saints and Madmen, Shriek: An Afterword, and Finch), and Catherynne M. Valente's Palimpsest (Palimpsest). All three settings are so rich with personality that I can smell and taste them between the words.

While most of Toni Morrison's novels seem to call to mind her home state of Ohio, there's one in particular where setting is key: Paradise.

I guess to make a super general statement, literary doesn't rely on setting as a character the way genre fiction might. Particularly in sci-fi, I like the setting to be specific and a part of the plot.

Tamora Pierce's Tortall books. She knows how to build a world that is all encompassing and without slowing down the pacing of the story. From the first sentence, the reader is completely involved in the setting as well as the characters.

Love this subject, and have thought on it much.

So, consider: Landscape itself is mostly unchanging and static. It's not a character; not really, which may be why flat description so often fails to bring place truly to life.

It's through the eyes, mind and heart of a POV character that landscape actually takes on nuances, meaning and personality. Landscape may not change (much) but a person's perception of it can.

To me the idea of making "place a character" feels impossible, whereas exploring the ways in which a character experiences a place feels easy.

Much more to say about this, and which I've said elsewhere, but thanks for raising it today. Such an important technique in the fiction writer's toolbox.

My first thought was the Harry Potter series. Hogwarts has to be my favorite setting and I'm still not totally convinced it's not real ;)

I also love Cornelia Funke's Inkworld. As for contemporary, Stephanie Perkins' enriches her novel, Anna and the French Kiss through her setting of Paris.

Margaret Mitchell's "Gone with the Wind"! The South during and after the Civil War really comes alive.

I love the way you put that, "add enough to get the reader interested". That's a great point and an excellent goal for us writers to aspire to!

When I was a kid, I loved Bridge to Terabithia and the Secret Garden because of the setting descriptions.

Wonderful Post - really has me thinking - I loved many novels that had more description than is in fashion now - and that constant reference to the setting was a huge part of my love. The way Anne Rice would speak of the Garden District in New Orleans jumps to mind. The setting of Dune - still haunts me. I love hunger games - but the setting was very skimpy to me. I really had a hard time figuring out where some of the districts were - because the descriptions did not offer a great deal of detail. Yet even there, it was a character. Very helpful!

I'm trying to read Hunger Games. I'm like 100 pages into it now. Unfortunately, for me, it seems to be a very "put downable" book. I wish I could see what other people see in it in that the book is amazing from front to back. Gonna keep trudging through it just so I'm not left out of discussions. I get through about a chapter a night.

When you say "New York," or "New Orleans," or "San Francisco," those are familiar places and the character development has been done for you, should you choose to take advantage of it. When something wacky happens, the reader can just shrug and say, "Welp, it IS Chicago, after all," and a lot of readers will get what that means. The "character development" has already been done, the writer just takes advantage of it.

They did something like that in "Beautiful Creatures," where they squished the town and the community into one living, breathing entity of "us", and that way, there could be a "them." But I think the key may be that the setting existed long before the story started, giving that personality time to develop so that everyone already understood it before the reader arrived.

I'm going way back here: L.M. Montgomery's ANNE OF GREEN GABLES. The descriptions of Prince Edward Island are so perfect, when I visited the island it was like I'd already been there. The prose is a little purple, as the saying goes, but it WAS written over 100 years ago. One of my all-time favorites.

The Shipping News. The enviornment is beautiful, calm, isoloated and at the same time rough and unforgiving. Much like the characters lives.

I like how you put that, "setting as a character." It does make a story more interesting. But I will also say that I detest overly flowery prose. I much prefer it when the setting is given character by use of touchstone words- words that already have a strong emotional meaning to your target audience. I don't agree with using cliches too much, tough.

A few epic fantasy novels that I've read immediately come to mind. I think Lord of the Rings is pretty obvious here. I also really enjoyed A Game of Thrones - the setting immediately sucked me in and was really what piqued my interest to begin with.

I loved the setting of AN ABUNDANCE OF KATHERINES. The small town with quirky characters captivated me.