Language has a lot to do with voice. What is it about your characters (in whatever world they are in --this world, a Dystopian world, another world, etc), and how they talk that make them unique?

What do I mean? Look at Maze Runner, a fantastic example. These boys are in a maze with no memories, so they start making up their own names for things and using their own terms in place of "stupid," "lame," and the F-bomb. They have developed their own language, but one any reader can easily understand and believe.

Across the Universe also achieves the same, though not to quite the extent. They say "brilly" instead of "brilliant" and "frex" in place of many swears.

And, though I hated the book (respected yes, but it's one of those things that creep the heck out of me, like Chuck Palahniuk or Thomas Pynchon), Feed by MT Anderson also has great language. So much so that if I read too many chapters at once, my internal thoughts starting sounding like the narrator. Talk about effective.

Once again, all my examples are dystopian or futuristic or sci-fy. On the contemporary side, John Green is a master with language. Specifically, An Abundance of Katherines, in which their F-bomb substitute has a nerdy explanation. Not only is the language amazing, but it plays directly into VOICE. 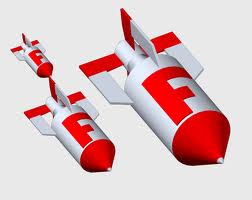 I'm not expecting you to go so far as to create an entire new language. But (they'll be speaking English I hope, haha) they need their own way of speaking. If your story centers around a royal family, how is their speech different than a commoner's? If they are on a spaceship, I hope that their language (and VOICE) reflect a scientific bent. If they believe in multiple Goddesses, I don't want to see "Thank God"--use maybe "Thank the Goddesses." If it's a contemporary novel, how does the character's use of language reflect their voice?

So, based on language, what are your favorite novels?

Happy reading!
Posted by Vickie Motter at 10:01 AM

The Downside Ghosts by Stacia Kane. A lot people complained about it, but it was great. You can tell who is "low class" by the way they talk and the words they use are great. I mean there is still the f-bomb and what not, but instead of "do you understand?" you get "dig" and instead of "talking" you get "chatter". Great books with a VERY dark story line. Love it though, if you are not careful the words creep into everyday speech, dig?

Another disturbing one, but I submit A Clockwork Orange. Brilliant use of language. Also, the Uglies series.

Louise Rennison's 'Georgia' books have a language all their own...they even use a glossary. Some terms are just British, but many are pure loony Georgia, and her vocabulary becomes wildly addictive after you read a few!

I fugging loved An Abundance of Katherines, and their tweaked version of the F-bomb. I am not a cusser. At all. So I cringed when my character's voice demanded some colorful language. I pray my Sunday school teacher never reads my book :D

I loved Wintergirls by Laurie Halse Anderson. Her imagery sucked me in. Same with the Marbury Lens.

I do agree that a character's environment should alter their speaking. To borrow your example, someone on a spaceship will probably be capable of working more than a few technical terms into their dialect. Likewise, someone with a royal upbringing will normally talk differently than a commoner.

That being said, I don't really like it when Sci-Fi novels have characters speak in an extremely unusual style, just to signify that they're not human. It takes me out of the story because I notice the way they speak more than the actual content.

I find it amusing that whenever you introduce a book by saying you didn't like it--it is always one of my favorites! And I couldn't finish the Maze Runner. I also have never been able to finish a novel by Scott Westerfeld despite repeated attempts.

This is why writing and reading are so much fun--there is something for every taste out there!

Although we totally agree on The Hunger Games.

Scott Westerfeld's LEVIATHAN series is by far (in recent memory) my favorite.

You barking bum-rags ought to read it if you haven't.

Do the Buffy novels count? I love the use of language in those! As I'm revising language is one of the things that I'm taking into consideration, especially this time around since I'm writing a historical. Thanks for this timely post!

Ditto Sarah on the Uglies series and Terry Tibke on the Leviathan series. Scott Westerfeld is a master of voice. You'd never know those two series were written by the same author. The characters' voices totally match the time and setting.

Oh I love this post. Language and voice are always important but now that I am working on my second, a Magical Realism/Historical, language is something I think about everyday--the twenty-first century protag's interior thoughts and language vs. the other character's 16th century language and voice. I am definitely keeping this post!

Not YA, but J.R. Ward's Brotherhood books have the coolest language I've ever read! We walk around work saying how badly we wished our husbands referred to us as their "shellan"--there's so much depth to that word in their world.

The Queen's Thief series characters actually said 'thank gods' because they were part of a polytheistic society (Greek mythology to be exact). I also loved Graceling and Fire where their exclamations were based on the name of their nations and on the physical geography found around them (such as: 'rocks!' and 'great hills!' or 'great seas!').

One of my MC teens - speaks to old for her age according to some- but she's a reader - like my children - and they both do speak using these words - so I hate to dumb her down for what is imagined to be required of that age group.

I will use damn - or damnation - but calling people names I tend to go away from F-bombs. I don't cuss often - because I like to paint an insult ---- "your nostril maggots have reached your brain and are spewing from your teeth today." or for an exclamation --- "Cat farts on tuna" ( anyone who has a cat and has fed it tuna ---will get that)

I can cuss - don't get me wrong - but it is too commonly relied upon these days and simply doesn't stand out anymore to me.

I used to have a friend who condsidered things like Gosh - Heck and Dang to be exactly the same thing as cussing. (the thought behind it is the same and your taking the lords name in vain and calling on evil - they would say) It is true if you get over the giggle and think about it.

So, I try to use things nobody ever thought about for cuss words - it's not that I mind them, It's just fun to come up with stuff that people have to think about for a second.

For language, I love Percy Jackson and the Olympians. They throw Greek words in every now and then and curse in ancient Greek and say "thank the gods" so everything fits perfectly.

Catcher in the Rye is one of my favorites for voice. The Tomorrow Series by John Marsden features a very strong female rural voice, which I also love. I've concentrated on voice quite strongly in my current WIP as it's told from two alternating first person perspectives. I've tried to make their voices distinct from each other and in line with their personalities and upbringings. I've really enjoyed the challenge!

I loved Steven Brust's 500 Years Later books. It's a very different and refreshing approach and it's all about the unusual voice.